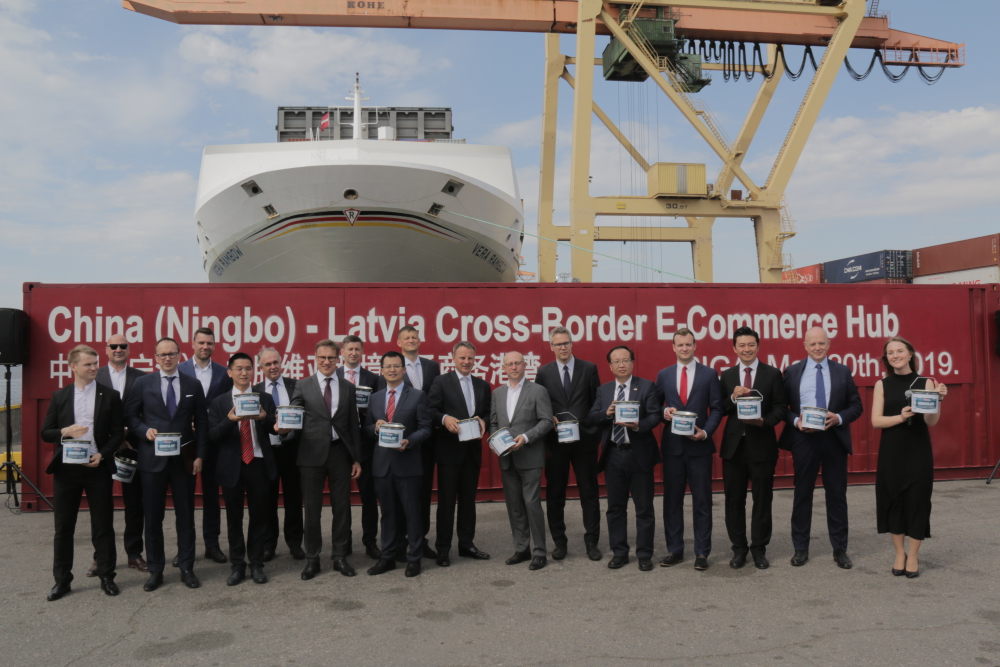 “Rilakdekor Mineral Coatings produced by the Riga Paint and Coatings Plantin Latvia is the first containerized cargo in the Harbour. The container is loaded with 1,425 barrels of nearly 13,000 liters of Rilakdekor Paint and is expected to arrive in China in mid-July.” Zhang Zhuoying, Secretary of Chairman fromChina-base Ningbo Foreign Trades believes this business is only the beginning. Driven by the Ningbo platform, more Central and Eastern European products will choose Ningbo as the entrance to China.

During the 8th China-Central and Eastern European Countries Leaders'Meeting held in mid-April 2019, Ningbo and Latvian Investment DevelopmentAgency signed a Memorandum of Understanding on Cooperation to Support the construction of China (Ningbo)-Latvia Cross-border E-Commerce Harbor, to promote cooperation between the two sides in the fields of trade, transportation, and logistics.

The relevant person in charge of the municipal bureau of Commerce said that Ningbo has mature experience in developing cross-border e-commerce. At present, the development model of Ningbo's bonded and stocked goods has made great achievements. It is hoped that it can be extended to Latvia, combined with the construction of China (Ningbo)-Latvia-e-commerce harbor project, and further strengthen the two-way e-commerce cooperation with Central and Eastern European countries to achieve a mutualbenefit and win-win situation.